Below is a brief comparison of the new Netherlight Crucible effects for each of our specs.

Each comparison uses 1/3 ranks in the trait.
Frost:

Updated with the buffed damage proc effects. Images from the post Norrinir made below.

From the results, even at this ilvl, it's pretty clear that the secondary stat effects are the best effects for all three specs. The damage effects seem to just be slightly undertuned, so until something changes there you would want to try and avoid those. There is also a pretty wide spread in effect value from the weakest to the strong - meaning that when you are choosing between a mid-tier and top-tier relic trait, the tree breakdown may end up being the deciding factor on if the relic is an upgrade or not.
Last edited by Frosted on Tue Sep 12, 2017 9:25 pm, edited 1 time in total.
Top

I am assuming this is only for ST. Do you have one for 2+ and 4+ targets? For ST frost I agree with the light speed but I am having a hard time with AoE fire between Master of Shadows or Murderous Intent.
Sunitelunar 110 Mage EVAC
https://worldofwarcraft.com/en-us/chara ... unitelunar
Top

Here are some additional sims. Base T20 profiles, comparing only one rank of the T2 traits.

Again, if you want to be 100% sure, you should sim for yourself.

Oh yay. We went from a slight bit of difference between all 3 specs to now the "best" all being the same. Though them all being this stupid close to each other shows blizzard probably adjusted appropriately. I doubt any of these become extreme outliers under Frosted's sim settings, given where they stood prior to the changes.
Top

That's pretty cool, thanks for the sims.

<irony> They are not the same at all, no idea why you would think that. They probably even have different icons and animations! </irony> The one that gives you pure damage is on top (as it should), but the others with secondary benefits are so close that you don't have to feel too bad for getting one of them. I'd also expect the AOE one to be undervalued and given how close they are you might see slightly different numbers if you run a different gear baseline.

What I don't get is why they introduced this system at all. You can't play around small procs like these, which means that it ends up being just another icon that pops up every once in a while. But I guess it keeps us busy discussing and simming it.
Last edited by Katsumi on Tue Sep 12, 2017 11:02 am, edited 2 times in total.
Top

edited and removed the post since I failed to read early in the morning
Last edited by Mortos on Tue Sep 12, 2017 12:52 pm, edited 1 time in total.
Top

Anything vs relic traits available to us to use as a tool?
Top 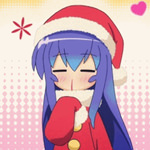 I took Norrinir's idea & code and did the same for 2 targets. Here are the results.

Considering Antorus - I would go for ST traits for Frost and 2-target for Fire. With AK ramping up so high, it should be possible to have both weapons close to 69 at least before Antorus opens.
Streaming Keys RIP Altered-time forum interface
Top

Here is an example of what I mean which is for Shadow Priest - https://imgur.com/hhbWGf4
Top

Here is an example of what I mean which is for Shadow Priest - https://imgur.com/hhbWGf4

Why not just sim it, at that point? It's pretty ease to do with https://www.raidbots.com/simbot/relic
Top

Here is an example of what I mean which is for Shadow Priest - https://imgur.com/hhbWGf4

There is a website which is based on info posted here/discord. Not sure how audited it is for accuracy, but I would assume it is fairly accurate.

Simming it is best, this can be used more like guidelines.
Streaming Keys RIP Altered-time forum interface
Top

Considering Antorus - I would go for ST traits for Frost and 2-target for Fire. With AK ramping up so high, it should be possible to have both weapons close to 69 at least before Antorus opens.

I haven't seen much about this, but I am hoping you are right. I am VERY torn right now as to which spec to bump first. I play frost for ST and Fire for AoE fights. I primarily love Fire, but swapped to frost for ST as it was so much higher dps and reliability. I like the fact that I can swap back and forth instead of changing talents, but with the new crucible I was forced to choose. With the new T21 set bonus I decided to go fire (my first love) but do not want to hold my guild back with a weak spec until I get 4 pc. I do nearly every daily with AP I can do within reason to try to maintain both fire/frost spec's and this has been on my mind this week as to which to do first. Unfortunately we cannot lvl both at the same time or we are gimping ourselves in both spec's. I have a 2 year old at home and raid full-time, with Mythic +/questing on off nights, so have not been able to research the fights in the new instance to back up which spec may or may not come out on top (or if it will stay Frost ST and Fire AoE)....Thoughts?
Top

If you are raiding mythic, you should have 4pc tier by the 2nd reset the latest, e.g. before any meaningful progression starts. For TOS, I played Frost start until Fallen Avatar, but forward its only Fire, so I put away my i966/64 Benchchill and am fully investing in fire (i964/60 atm). My plan personally is to have both to 72 which should be possible as we are supposed to have at least 4-6 more AK bumps before Antorus, even more before mythic launches.
Streaming Keys RIP Altered-time forum interface
Top

Do you still care about the relic effect ? for example, would you equip a relic that enhance your shield just because the netherlight crucible effect is better ? Or do we have to sim them all ?
Top
Post Reply
27 posts

Users browsing this forum: No registered users and 12 guests