Guides and discussions of all things specific to the Mana Adepts of Azeroth.
Post Reply
First unread post • 3 posts • Page 1 of 1 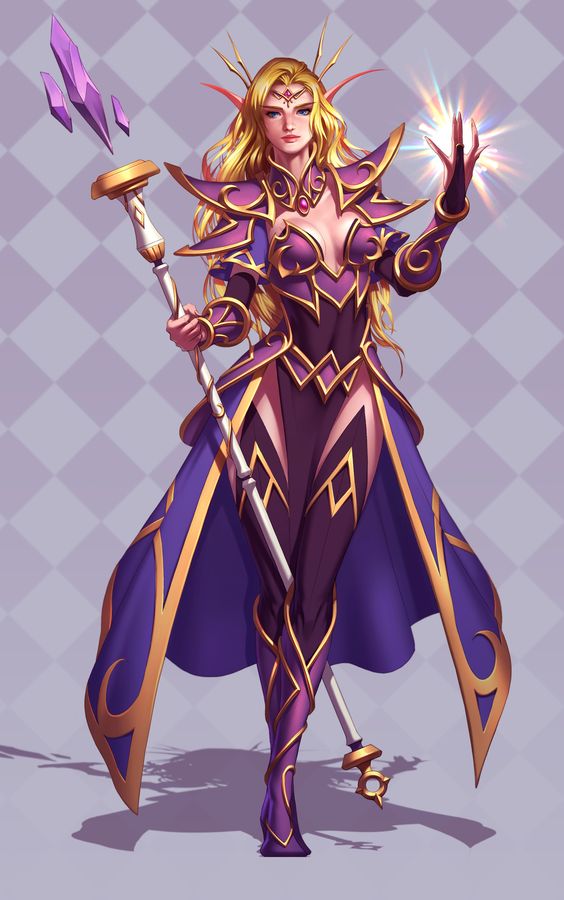 Content
Intro
Hello Everyone, Welcome to my Arcane Mage Guide for Shadowlands (9.0). Over the course of this guide we will go over everything needed to play Arcane in patch 9.0 for the raiding environment. Although not the focus of this guide, things read here should still apply to Mythic+ in most situations.

Changes in 9.0 Talents
As always, what talents you pick depend a lot on the situation, but it also depends on what gear you have available. If you are uncertain at any point on what talents to pick for your character, you can sim it on Raidbots Talent Compare.

Level 25 row is mostly personal preference as well as fight dictated. Covenants
Covenants are a new system introduced in the Shadowlands expansion. Chosen upon hitting max level they will grant 1 Class Specific Spell, 1 Covenant Signature ability, and 3 Talent tree like "Soulbinds" unique to each Covenant. In this section we will go over the spells granted. I will not be going over what Covenant is best for each type of content in this guide as it is fight type specific. Feel free to use Wowhead's Soulbind Calculator while reading this section.

Radiant Spark is a nice damage amp on a low cooldown, it should always be lined up with your Burn when possible to get the most out of it. Cast on cooldown between burns. Make sure to cast Arcane Blast into it to maximize the damage as each tick of Arcane Missiles will consume the damage amp. Cast as the first spell before entering the burn or mini burn.

Kyrian mages choose from Pelagos, Kleia or Forgelite Mikanikos. , Pelagos shines above the others, with great starting ( Combat Meditation) trait, and two Potency Conduits that don't require sacrificing a DPS trait to unlock.

Mirrors of Torment Should always be used during your Burn for the additional damage, the mana gained from it while nice is ultimately not rotation altering. Always cast as the first spell when entering your burn.

Venthyr mages unlock the ability to bind with Nadjia, Theotar and General Draven. Theotar has the best early trait ( Soothing Shade) and remains competitive when the trees are fully unlocked. Nadjia, with her strong raid ability ( Dauntless Duelist), is a single target monster if the fight allows for you to hit the Priority target first . Draven is locked behind the Venthyr campaign and only becomes strong - slightly better than Theotar - when you unlock his final trait, Built for War. However, he has some great defensive options.

Shifting Power should be cast as close to on cooldown as possible inside of your conserve phases to lower the cooldown of your major damage amps.

Members of the Night Fae have 3 amazing choices picking from Niya, Dreamweaver and Korayn. Niya with Grove Invigoration is the best early choice. Upon obtaining 13 Renown, when Dreamweaver gets her second Potency slot - much earlier than any other Soulbind she pulls ahead of Niya. Dreamweaver keeps her lead until Niya gets her second Potency slot at Renown 25, and later Niya's Tools: Burrs (which requires sacrificing that slot) at the end of her tree. Korayn is the best Night Fae choice overall especially for add fights that utilize Wild Hunt Tactics to its fullest, but the difference between them is pretty minor.

Deathborne is a 10% spellpower amp as well as turns Arcane Blast into a 3 target cleave ability. This should be used before entering your burn phase with it timed for cleave if possible. Always cast as the first spell when entering your burn.

Necrolord Mages May get to transform into a lich but the Necrolord Soulbinds are lackluster for DPS use - with one notable outlier. Emeni has perhaps the best trait of any Soulbind, Lead by Example: up to 13% more Intellect for 30 seconds during cooldowns is strong.

Covenant Choice For Arcane
The current clear winner for Arcane Mages is Night Fae, Given the choice of having lower cooldowns arcane mages will always choose the cooldown reduction. With Shifting Power lowering all mage cooldowns equally we do not need to worry about any more desync then we already do. Shifting Power Also adds value depending on fight length to our current best legendary Temporal Warp by allowing for more uptime on the buff.

Potency Magi's Brand will be permanently slotted in, with Nether Precision and Arcane Prodigy also being solid second choices on a single target and Artifice of the Archmage performing reasonably - though randomly - in AoE. The Covenant-specific Conduits are reasonable for Kyrian and Venthyr Mages, but not very useful for Necrolord or Night Fae players.

Endurance Finesse Legendaries Rotation
The Arcane Mage rotation still consists of a Burn and a Conserve phase. You go into the Burn Phase when your DPS cooldowns are up, and when you are out of Mana, you use Evocation to go back up to a 100% Mana. At this point, you will try to Conserve some of your Mana until your cooldowns are back up, and then the process repeats.

Burn Phase
The Burn phase commences at the start of the encounter, and whenever Arcane Power is off cooldown thereafter. You will also enter a "Miniburn" when Touch of the Magi is off cooldown. It is important to ensure you will not be interrupted during the Burn phase, so avoid entering this part of the rotating during heavy movement or when volatile mechanics are active.

You can enter the Burn Phase when the following is true: Below we have listed the order in which you should perform your spells during the Burn Phase. Mini Burn Phase

Q: What weapon oil should I use?
A: Shadowcore Oil

Q: What food should I use?
A: Feast of Gluttonous Hedonism is your best food. If your raid is not using feasts, run Raidbots stat weights to get your best secondary stat, and then get the best possible food for that secondary.

Q: What potion should I use?
A: Due to the nature of Shadowlands this may change due to your Covenant choice, Sim yourself on Raidbots to find your answer.

Q: What weapon enchant should I use?
A: Due to the nature of Shadowlands this may change due to your Covenant choice, Sim yourself on Raidbots to find your answer.


Closing
Thank you for reading my Guide, Special Thanks to Malon for letting me use his Conduit, Soulbind, and Legendary descriptions.
Thank you to Porom as well for the help editing
If you have any questions feel free to ask or stop by the Altered Time Discord.
Last edited by Palerider on Mon Nov 23, 2020 6:36 pm, edited 9 times in total.
Top

Sorry to hijack, but is there a reason the frost and fire mage posts are not accessible?
"You are not authorised to read this forum."
Top
Post Reply
3 posts • Page 1 of 1

Users browsing this forum: No registered users and 11 guests