Guides and discussions of all things specific to the Mana Adepts of Azeroth.
Post Reply
First unread post • 103 posts

1. I would suggest picking up fire for mythic ghuun. You can be arcane for every other boss without problems.

2. Mages are quite important in mythic, on specific bosses. For example, on Fetid Arcane is one of, if not the, best spec for dealing with the small eggs out of all classes. Besides that, every raid needs at least one mage for Arcane Brilliance

4. I think arcane is relatively punishing, and so is fire's combustion window, but outside of that, I don't think the skill cap is extremely high for mages. Compared to other classes, I'd say we're about middle of the pack

5. Definitely, mostly thanks to the 5% buff. I wouldn't run it on Fetid or Zul (because cleave can hurt the raid a lot there if running many rogues), but all other bosses fire is quite good. The last 2 bosses specifically I would say fire is the best mage spec.

Thank you so much for the advice!

Just a slight follow-up to #1. My mage is only ~360ish at the moment, would it be fine for me to be fire (instead of arcane) for all bosses, except those you excluded in #5 (fetid and zul)? Or would arcane still perform better overall until we get the 5% buff? 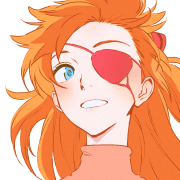 Do you people use the Overwhelming Power trait? In raid or m+? Is the losing stacks on damage very punishing?

I have a piece with this and gutripper and the sim is very close with a slight advantage for overwhelming power, but I'm not too sure if it's worth the risk.
Top

Do you people use the Overwhelming Power trait? In raid or m+? Is the losing stacks on damage very punishing?

Besides the benefits are very dependant to the amount of haste that you really need. Other than this, is kinda of a Runa of Power situation (altough the benefits of OP are way lower), if you are confortable avoiding damage while doing the ABC, go for it, but if you are not min/maxing and wants to play more relaxed It's not a really big diference (Unlike Rune of Power).
Top
Post Reply
103 posts

Users browsing this forum: No registered users and 3 guests